Beyond The Mission | Mike Hess: Take a Breath with the COPD Dude 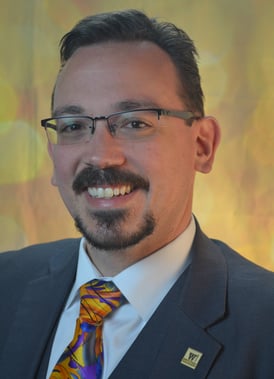 Vicki Hamilton-Allen talks to respiratory therapist, Mike Hess, also known as the COPD Dude, from the COPD Foundation. Hess shares important information about COPD and breathing issues in general. He explains how other factors such as social and environmental determinants intersect with healthy breathing. Hess also discusses COVID-19, a known respiratory virus, and its impact on the COPD community. Take a deep breath and listen for the next 10 minutes.

Listen below to Vicki Hamilton-Allen and Mike Hess discuss important information about COPD and breathing issues in general, then expand the conversation from there.

Michigan Business Network · Beyond The Mission | Mike Hess: Take a Breath with the COPD Dude

Mike Hess is the Senior Director of Patient Outreach and Education at the COPD Foundation. A respiratory therapist by training, Mike has spent much of the last decade focused on advocating for chronic obstructive pulmonary disease (COPD). In 2018, he started the Think COPD program, a partnership between the National Institutes of Health and WMed Health in Kalamazoo aimed at bringing lung screenings and educational events to underserved communities in Southwestern Michigan. Now with the COPD Foundation, Mike leads the Oxygen360 project, an inter-professional collaboration aimed at fostering innovation in oxygen therapy technology, as well as improving access and awareness.

Beyond the Mission, hosted by Vicki Hamilton-Allen, welcomes friendly discussions with high-caliber guests to explore successful strategies, tactics, and tools being leveraged by some of the largest nonprofit and for-profit organizations in the State of Michigan. Many business practices discussed can be scaled and implemented or leveraged in organizations pursuing missions over profits. Hamilton-Allen seeks to unveil a small gem of interesting personal information about each of her guests too! Topics include business strategies, triple bottom line, corporate social responsibility, and interesting perspectives.