Back to the Bricks® is Excited to Announce This Year’s 18th Annual Car Show & Cruise Official Grand Marshal, 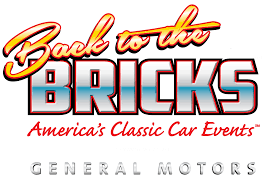 When the Back to the Bricks® Executive Committee met to discuss this year’s Grand Marshal, they wanted to continue the tradition of honoring someone that works hard, gives back, does
their best to make a difference, and is proud of where he works and where he lives. This year,
there were so many wonderful candidates to choose from, as we have hundreds of deserving
individuals in our community.

This year’s Official Grand Marshal is Burton Police Officer Dalton Christie. Officer Dalton was
one of two officers shot in the line of duty in December of 2021. Dalton is utilizing some much-needed rest and recovery time and with the support of his superiors has decided to work on
his master’s degree in Criminal Justice and has a mission to be back to work full time soon. He
stands for both Officers shot, saying “We really don’t want the spotlight, or recognition but
I’m proud to represent all officers and their dedication to their duty.”

Officer Dalton is not one to talk much about what happened but rather what he’s working
towards. We asked Dalton what he wanted to be when he was a kid, he said “I thought I
would play professional football”, but that didn’t work out. So, he pursued a Criminal Justice
degree and graduated from Oakland University and then the Police Academy in hopes to
become a Police Officer. Officer Dalton started with the Burton Police Department in February
of 2021 under Chief Brian Ross. Chief Ross said that when he saw Dalton come into the station
it was, “Refreshing to see someone eager to be a Cop, he always brings in a bright grin on his
face even after the incident that took place in December of 2021.”

Chief Ross said, “I am so proud of our department and Officer Dalton. What he and Brandon,
the other officer involved, went through is life-altering.” Ross also gave huge praise to the
Sheriff’s department and the surrounding Police departments, and local agencies for all their
help, and continued support.”

Dalton is a true inspiration to us all, and even more to our aspiring youth looking into being an
officer or first responder. He has shown bravery and resiliency. Please join us in
congratulating Burton Police Officer Dalton Christie.

Officer Dalton will take part in the Ribbon Cutting at Factory One in Flint 4 pm on August 17th
.
Followed by a Rolling Cruise from Factory One to Grand Blanc High School where he will be
received by the Grand Blanc Chamber of Commerce at their “Roll on In” event. Then the Cars
will make their way to the Mega Site at Hemphill and Saginaw for vendors, music, and more.
Officer Dalton will also be at the Saturday Main Event Opening Ceremony as a Special Guest, on August 20th at 10 am near the GM Statue Plaza in Downtown Flint on Saginaw Street.