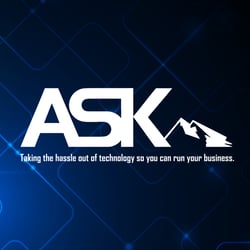 Apple Watch has been credited with warning users of severe health problems. Between the symptoms he was experiencing and the alert from his Apple Watch, Monzidelis headed straight to the hospital.

Additional Story: 'It saved my life': How a smartwatch stopped a woman's health crisis https://www.today.com/health/woman-s-apple-watch-alerted-her-high-resting-heart-rate-t126921

Threat actors generate, launder, spend, and reinvest more than $1.5 trillion in illicit funds, according to a new study on cybercrime's 'web of profit.' If cybercrime was a country, it would have the 13th highest GDP in the world. Attackers generate $1.5 trillion in annual profit, which is about equal to the GDP of Russia, according to a new study on the interconnected economy of cybercrime.

Segment 3
THE SECURITY RISKS OF LOGGING IN WITH FACEBOOK

You've probably used it to log in to services like Spotify, Airbnb, and Tinder. But sometimes, especially on lesser known websites, using Facebook's universal login feature may carry security risks, according to new research from Princeton University published Wednesday.

The researchers found that sometimes when users grant permission for a website to access their Facebook profile, third-party trackers embedded on the site are getting that data, too. That can include a user's name, email address, age, birthday, and other information, depending on what info the original site requested to access.
https://www.wired.com/story/security-risks-of-logging-in-with-facebook

Segment 4
You can now find a plumber through Facebook

Segment 5
Hackers infected over 500,000 routers with potential to cut off internet

More than half a million routers and network devices in 54 countries have been infected with sophisticated malware, researchers from Cisco's Talos Intelligence Group warn.

The malware, which the security researchers are calling VPNFilter, can steal logins and passwords, can monitor industrial controls and contains a killswitch for routers.

Researchers have created a proof-of-concept attack that allows unauthenticated adversaries to extract user credentials from misconfigured reverse proxy servers in order to delete, manipulate or extract data from websites and applications.

The proof-of-concept (PoC) attack targets major cloud customers of services such as Amazon Web Services, Microsoft Azure and Google Cloud, according to researchers at RedLock that published a report on their findings Tuesday.