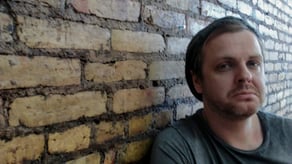 A 6-part PodCast batch for the latest episode [14] of the Magic Hour with Michael McCallum.

Daniel and Michael discuss his life's journey, especially since he went into feature films.He's a filmmaker who steps into MANY roles in the productions.. To hear their fun episode just press play on the PodCasts shared right below!

Here's your segment by segment summary for Michael and Daniel's conversation which are in the PodCasts immediately above.The two share Michigan, actor and filmmaker to their resume, and discuss their own works, what it takes to persevere, and what is generally being released to visual consumers these days.

1) Host Michael McCallum, thanks his Rebel Picture supporters, then Daniel is introduced and they primarily discuss how Daniel performs as Abe Lincoln in a traveling educational show and the ups and downs of distribution as an indie filmmaker.

2) The conversation continues on distribution, filmmakers using titles starting with the letter “A” and hardships of movie making.

3) The pair continue the discussion about hardships of movie making and the success of his feature film The Accidental Exorcist.

5) Daniel talks about his new feature film, Dwarfhammer and one of his first feature films, GR30K. 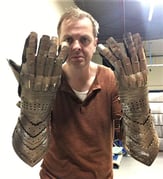 6) Daniel dives deeper into the upcoming Dwarfhammer. What it's about, what was inspired by, shout out to collaborators. He has gotten complete artistic freedom on this project, and shares lessons learned during his dozen feature films, with other filmmakers of Michigan. Key advice, save and invest for your projects AND just do it, it's terrifying, but well worth it.
A project he would like to get to is a sequel for GR30K. From there Michael and Daniel discuss his feelings on popular TV and films, etc....