Janet Guthrie didn’t always want to race cars. In fact, there was a time she wasn’t even thinking about racing. All she wanted to do was become an astronaut. Guthrie graduated from the University of Michigan with a degree in physics and started a career as a research and development engineer for Research Aviation. It wasn’t until Guthrie was eliminated from the first Scientist-Astronaut program in 1963 that she decided to try racing. 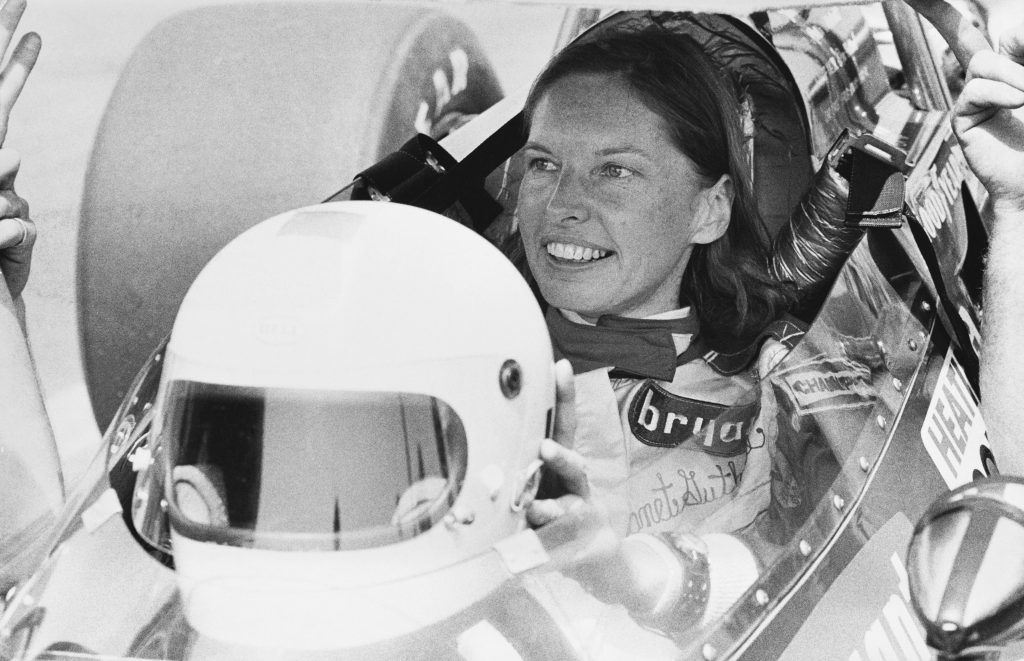 Guthrie entered Motorsports at a time when women were viewed as too fragile for the speed and danger associated with racing. However, Guthrie always had an itch for adventure and was ready to shake up the status quo. In her eyes, she was a driver first and a woman second. In her autobiography, Janet Guthrie: A Life at Full Throttle, she stated that despite her qualifications, women were absent from NASCAR, explaining that “tradition was all, and tradition stated that women, peanuts, and the color green were not allowed.”

However, many fans had their own opinions on Guthrie entering the race. The common phrase was, “keep the [breasts] off the track,” or referencing a woman’s ‘time of the month’ as a reason to why her racing would not be up to par. There were newspaper headlines, quotes, and reports circulating questioning her ability, even with her background in the Sports Car Club of America (SCCA) and her physics degree.

New York Times columnist, Jim Murray described the skill of female drivers to that of drunk drivers, “At long last Indianapolis is acting on a suggestion made long ago in this space that they add a woman driver to the field to more nearly approximate the perils we other motorists brave over the memorial day weekend…I would expand the field further to include a drunk driver…”

When the IndyStar interviewed Guthrie in 2018 she remembered the pressure she felt after enduring the sexism and heavy criticism form reporters, fans, and drivers alike. “I was quite aware that if I screwed up it would be an exceedingly long time before a woman got another chance.” But, in 1977, Guthrie would succeed in qualifying and placing in the Indianapolis 500 and the Daytona 500. Her accomplishments helped bring the feminist movement through motorsports and other sports that lacked a female presence/involvement.

Guthrie led the way for numerous other women into racing but, only 9 have qualified and driven in the Indy 500. Female drivers like Lyn St. James, Milka Duno, Sarah Fisher, Katherine Legge, Ana Beatriz, Simona de Silvestro, Pippa Mann, and Danica Patrick owe much of their success to Guthrie’s efforts. Patrick, who surpassed Guthrie’s records and retired at the end of 2018 after a 10-year career, helped inspire a generation of women to get behind the wheel, validating her belief that “racing is a matter of spirit not strength.”