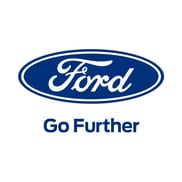 Extending Leadership in Design and Production of Autonomous and Electric Vehicles

Ford Motor Company and Michigan Governor Gretchen Whitmer this month announced the expansion of two of the company’s key facilities in Wayne and Dearborn and the establishment of a new vehicle modification center. The project, supported by the Michigan Strategic Fund, will generate a total private investment of more than $1.45 billion and create 3,000 new, well-paying jobs for Michigan workers through the Good Jobs for Michigan program.

In total, over the past 13 months, Ford has committed to investing $2.2 billion in the state and creating nearly 8,000 high-wage and pathway jobs in Michigan.

As part of investment in the Wayne, Ford will install new equipment to support production of the all-new Ford Bronco and Ford Ranger, as well as create a new vehicle modification center at that location where Ford’s first autonomous vehicles will be completed starting in 2021. At its Dearborn Truck Plant (DTP), Ford will invest nearly $700 million in new manufacturing equipment and tooling to support production of new electrified variants of its F-150 truck series, producing both a hybrid and fully electric vehicle. Ford will also create a new battery operation at that location, where workers will assemble battery cells into battery backs for the F-150 hybrid and F-150 battery electric vehicles.

Ford’s announcement caps off an undeniably successful year of Michigan establishing its global mobility leadership. It is the latest in a string of investment announcements made by major automakers and Tier 1 in Michigan for the development of their next-gen technologies, cementing Michigan as home of the future of mobility while providing a substantial economic opportunity for workers, suppliers and communities throughout Michigan. Learn more about the mobility innovation happening in Michigan in 2019 here.