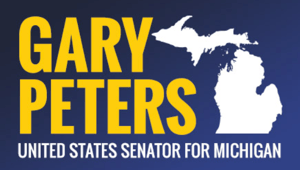 WASHINGTON, DC – U.S. Senator Gary Peters (MI) today announced that he will file an amendment to a government funding bill to increase funding for the Great Lakes Restoration Initiative (GLRI). The amendment, which will be filed to appropriations legislation the Senate is set to consider this week, would increase GLRI funding for Fiscal Year 2020 from the current proposed level of $301 million to $320 million. A similar bill that included the funding increase for the GLRI already passed the House of Representatives.

“I’ve seen firsthand just how crucial the Great Lakes Restoration Initiative is in communities across Michigan,” said Senator Peters. “The Great Lakes are more than an ecological treasure or economic engine: they are simply part of who we are as Michiganders. We need to do everything we can to protect the Great Lakes for future generations, and this amendment reflects the importance of that mission.”