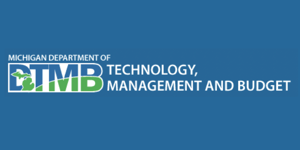 Modest employment change over month and year in multiple regions

Over the past year, employment advanced in nine regions and declined in eight. The largest percent employment reduction occurred in the Bay City MSA, with a cut of -1.5 percent since October 2018.

During the month of October, total workforce levels increased in eight regions, receded in seven, and remained unchanged in the Bay City and Grand Rapids MSAs. Labor force expansion was mostly minor, with the notable exceptions of the Lansing (+1.6%), Flint (+1.6%), and Saginaw (+0.9%) metro areas. The most pronounced over-the-month labor force reductions occurred in the Northwest and Northeast Lower Michigan regions, which dropped seasonally by 1.7 and 2.0 percent, respectively.

The monthly survey of employers indicated that unadjusted payroll jobs in Michigan remained essentially unchanged in October, edging down by 400 over the month. A large job reduction of 21,000 occurred in Michigan’s manufacturing industry, reflecting workers on strike in the auto sector and associated layoffs. However, jobs advanced in October in several other industries, including government (+12,000); trade,transportation, and utilities (+6,000); and professional and business services (+4,000).

Nonfarm employment rose in six metro regions in October, led on a percentage basis by the Ann Arbor MSA (+1.2%). Payroll employment fell in six regions as well, with the largest decline in the Flint metro area (-3.7%).

Since October 2018, payroll jobs in Michigan were little changed, but this was distorted by the impact of the auto strike. During the first nine months of 2019, Michigan unadjusted payroll jobs averaged 4,433,000, or about 29,000 above year-ago levels.

County jobless rates down over month and mixed over year

Sixty-two Michigan counties demonstrated jobless rate decreases in October, with a median reduction of 0.4 percentage points over the year. Unemployment rates fell in 41 counties, advanced in 33, and remained unchanged in nine.

A breakdown of seasonally unadjusted October workforce estimates for Michigan and its 17 major labor market areas follows, along with a listing of county jobless rates for October.

There are two basic measures published each month on employment. The statistical programs producing these two measures handle persons on strike in different ways.