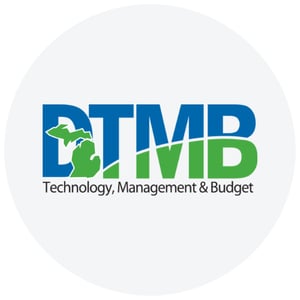 Michigan's unemployment rate down to 3.6 percent in February

LANSING, Mich. -- Michigan’s seasonally adjusted jobless rate receded by two-tenths of a percentage point to 3.6 percent in February, according to data released today by the Michigan Department of Technology, Management & Budget (DTMB). The state’s employment level advanced by 10,000, while the number of unemployed fell by 7,000, resulting in a monthly workforce addition of 3,000.

“Michigan’s labor market remained steady in February, with both statewide employment and payroll jobs exhibiting gains over the month” said Jason Palmer, director of the Bureau of Labor Market Information and Strategic Initiatives. “It is important to note that February data does not reflect the recent economic impact of the coronavirus pandemic.”

The Detroit-Warren-Dearborn Metropolitan Statistical Area’s (MSA) seasonally adjusted February jobless rate decreased by a tenth of a percentage point to 3.9 percent. Labor market conditions were little changed over the month, as only minor monthly changes occurred in the levels of employment and unemployment.

Since February 2019, the Detroit metro region matched many of the statewide trends. The Detroit region unemployment rate fell by six-tenths of a percentage point over the past year. Employment advanced by 19,000, and the number of unemployed declined by 13,000.

Data from the monthly survey of employers indicated that seasonally adjusted payroll jobs in Michigan increased by 13,000 to 4,464,000 in February. Job advances were distributed across multiple major industries, led on a numerical basis by trade, transportation, and utilities (+3,000); professional and business services (+3,000); and education and health services (+3,000).

State employment estimates are produced on a monthly basis using employment information from the week of the 12th of each month. The information in this release covers labor market trends for the week of Feb. 9-15, 2020, and does not show any impact from the COVID-19 pandemic.

The data in this release reflects recently revised historical estimates. All states in the nation participate in this revision process, which is facilitated by the U.S. Department of Labor, Bureau of Labor Statistics.

Seasonally adjusted and unadjusted monthly labor force estimates for 2015–2019 for Michigan and for the Detroit-Warren-Dearborn MSA were revised.

In addition, all unadjusted payroll job data was revised for 2018–2019. Certain industries had more extensive data revisions, some back to 1990. Seasonally adjusted payroll job data was revised back to 2015 for all industries. Some sectors had additional years of seasonally adjusted revisions. For newly revised data, go to www.milmi.org/datasearch or contact DTMB at 313-456-3090.

Previously published data for these years should be replaced with these new series.