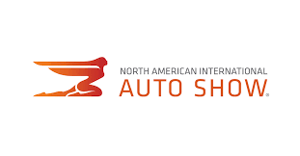 The North American International Auto Show (NAIAS) executive director, Rod Alberts, and chairman, Doug North, hosted more than 300 OEM, industry and media partners to celebrate the official countdown to the 2020 show, and announced multiple partnerships.NAIAS 2020 will expand its presence beyond the halls of Cobo Center to an additional 1 million sq. ft. into Hart Plaza. The Crowne Plaza will serve as the official hub for content such as symposiums and panel discussions. During industry preview days – June 10-11 – industry and media attendees will hear from tech startups, automakers and industry experts on a wide-range of industry-impacting topics.

MEDC also announced the renewal of its partnership with NAIAS, including continued sponsorship of AutoMobili-D and the PlanetM technology exhibit. The PlanetM exhibit area will move to the main show floor in recognition of the increasing role tech and mobility companies have within the automotive industry.