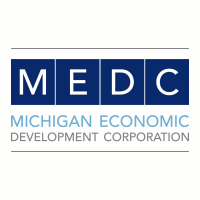 LANSING, Mich. – The historic Hamtramck Stadium will be restored and updated for baseball, soccer, cricket and general community use through a new crowdfunding campaign, the Michigan Economic Development Corporation, Piast Institute and Friends of Historic Hamtramck Stadium announced today. The campaign is being offered through Michigan-based crowdfunding platform Patronicity.

If the campaign reaches its crowdfunding goal of $50,000 by April 2, the project will win a matching grant with funds made possible by MEDC’s Public Spaces Community Places program. For project details and to donate, please visit: patronicity.com/hhs. 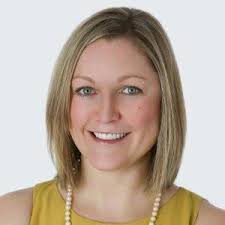 “The restoration of the historic stadium in Hamtramck will not only honor the past significance of the space but create new use of the space for a diverse community,” said MEDC Senior Vice President of Community Development Katharine Czarnecki. “We are pleased to provide resources for this effort through our Public Spaces Community Places program.”

The campaign will restore the historic Hamtramck Stadium, a rare, cultural site and one of only five home ballparks of major Negro League teams in the U.S. remaining. The funding will update the field, install new historic art pieces at the stadium and create signage around Hamtramck to direct visitors to the site.

“From its founding, the Piast Institute has focused on telling the stories of Polish-Americans in Detroit and Hamtramck, which are intertwined with the stories of the historic African-American communities in both cities,” said Piast Executive Vice President Virginia Skrzyniarz. “The revival of Hamtramck Stadium will be a living monument to Hamtramck’s legacy of diversity and tolerance.”

The existing grandstand, which hasn't been used since the 1990s, is currently closed to the public, but the city of Hamtramck has a plan for its redevelopment.

“We’re thrilled to be participating in the MEDC’s Public Spaces Community Places program,” said Friends of Historic Hamtramck Stadium Founder and President Gary Gillette. “Hamtramck Stadium is one of just five remaining locations where major Negro League teams once played their home games and represents a historic period in the Detroit community. We’re hopeful the historic preservation community will help us meet our goal.”

The restoration of Hamtramck Stadium complements a recently announced grant from the Ralph C. Wilson, Jr. Foundation to create a master plan and community engagement process to renovate and activate Hamtramck’s 26-acre Veterans Memorial Park, which includes Hamtramck Stadium and Keyworth Stadium. The MML Foundation is heading up the project in partnership with the League, the city of Hamtramck, Hamtramck Public Schools and several community organizations, said Dan Gilmartin, the MML's CEO and executive director.

“Creating engaging public spaces and preserving culturally significant assets is essential to great placemaking,” Gilmartin said. “With the public’s support, this Hamtramck Stadium project is a great example of improving on an existing community asset and making it a point of pride for years to come.”

Public Spaces Community Places is a collaborative effort of the MEDC, the Michigan Municipal League, and Patronicity, in which local residents can use crowdfunding to be part of the development of strategic projects in their communities and be backed with a matching grant from MEDC. Communities, nonprofits and other business entities can apply athttps://patronicity.com/puremichigan.

The Public Spaces Community Places initiative started in 2014 with MEDC providing matched funding of up to $50,000 for community improvement projects throughout Michigan. As of December 31, 2018, MEDC has provided $5,844,441 in matching grants. Since the launch of the program, 189 projects have been successful in reaching their goal, with $6.8 million raised from 35,715 individual donors.

About Michigan Economic Development Corporation (MEDC)
The Michigan Economic Development Corporation is the state’s marketing arm and lead advocate for business development, job awareness and community development with the focus on growing Michigan’s economy. For more information on the MEDC and our initiatives, visitwww.MichiganBusiness.org. For Pure Michigan® tourism information, your trip begins at www.michigan.org. Join the conversation on: Facebook,Instagram, LinkedIn, and Twitter.