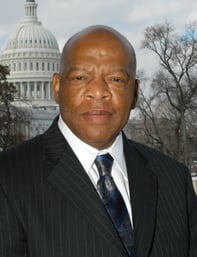 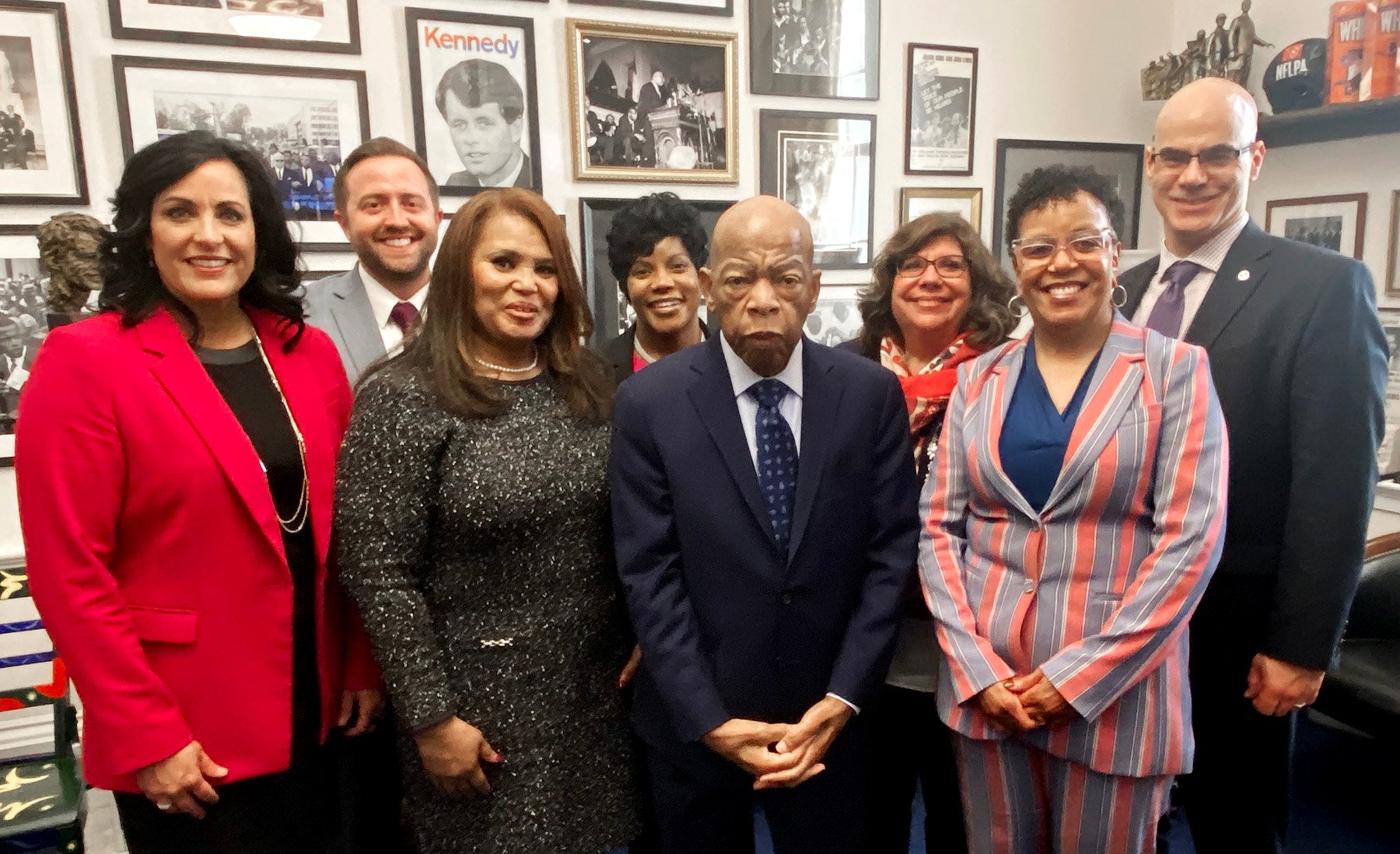 The luncheon is Monday, Jan. 20, 2020, 11 a.m.-2 p.m., Lansing Center, 333 Michigan Ave. It is hosted by Dr. Martin Luther King Jr. Commission of Mid-Michigan in tribute to the inspiring civil rights leader. This year’s theme is “There Comes a Time When Silence is Betrayal,” a Dr. King quote.

“John Lewis is an icon of the civil rights movement,” said Elaine Hardy, commission chair. “This is a once-in-a-lifetime opportunity to hear from someone whose work advanced the civil rights and social justice in our country for the past six decades, many times putting his own life at risk.”

Hardy said it was important to have Lewis as this year’s speaker, so much so, a Lansing delegation delivered the official invitation to Lewis’ Washington, D.C. office in person.

“He is one of the last windows to the civil rights movement in the 1960s,” she said. “Especially momentous is that 2020 is the 55th anniversary of ‘Bloody Sunday,’ a protest for which he was one of two who organized and led. His courage and commitment to service will inspire us all.”

Lewis was at the front of the 1965 march in Selma, Alabama, to demonstrate the need for voting rights when law enforcement officers brutally attacked the more than 600 peaceful protestors. National television coverage of the attack hastened passage of the Voting Rights Act of 1965.

Lewis, the son of sharecroppers, was raised in the Jim Crow South. The words of Dr. King and his non-violent, peaceful protests to fight racial injustice inspired Lewis to become active in the civil rights movement.

At first, he organized sit-in demonstrations at segregated lunch counters in Nashville, Tennessee, over which he was arrested – the first of at least 45 arrests in his lifetime. In 1961, he joined the Freedom Riders protesting segregation by occupying bus seats reserved for whites in the South. The buses and riders were attacked by angry mobs, which led to the first of Lewis’ many physical attacks and serious injuries in the nonviolent struggle for equal justice.

He entered political life in 1981 as a member of the Atlanta City Council, and was elected to Congress in 1986. Since then, he has served as U.S. representative of Georgia's 5th Congressional District. He is senior chief deputy whip for the Democratic Party in leadership in the House, a member of the House Ways & Means Committee, and chairman of its Subcommittee on Oversight.

Lewis is an award-winning author. The MARCH trilogy that he co-authored is used to teach the civil rights movement to the next generations. It has been adopted into the core curriculum of school systems across the country and is a first-year common-reading text at many colleges and universities. Today, several classes at Michigan State University use it.

Luncheon tickets are $50 each or $400 for a table of eight. They can be purchased at Lansing City Hall, 124 W. Michigan Ave., and East Lansing Hannah Community Center, 819 Abbot Road. For more information, follow the commission on Facebook, search @MLKCommOfMidMI, or call 517.410.2998.