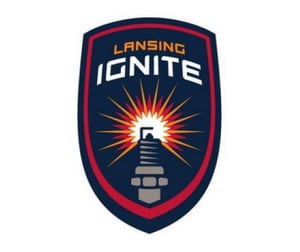 Jeffrey Mosher was on hand across Lansing Thursday October 10th to observe soccer practice, and then joined in on a media availability by the Lansing Ignite, Head Coach Nate Miller, and Team Captain Brandon Fricke. 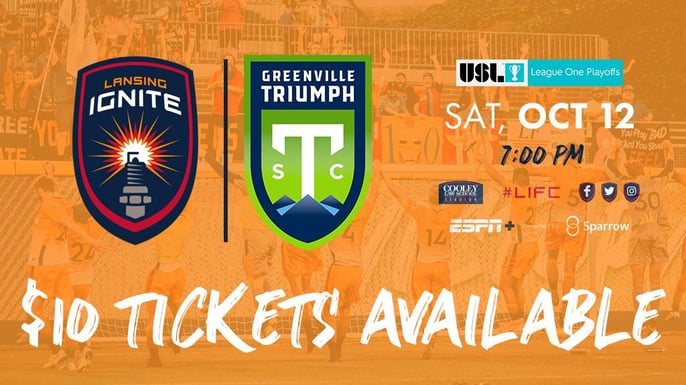 Lansing and Greenville met three times during the 2019 League One regular season, with Greenville winning the first meeting 2-1. The two sides played to a 1-1 tie in the second and third meetings.

After finishing the series with Greenville early in the year, Lansing has been one of the most dominant teams in the league, finishing in second place in the 2019 USL League One regular season with a 12-6-10 (W-L-D) record while scoring the second-most goals (49) in the league.

Greenville, on the other hand, finished the regular season in third with a 12-9-7 record, recording the most clean sheets (13) and conceding the fewest goals (22) in the league.

About USL League One
USL League One is shaping the future of the game in the United States, uniting passionate fans in new markets with the thrill of a proven professional soccer experience. League One submitted its sanctioning application to the U.S. Soccer Federation on Aug. 14. South Georgia Tormenta FC, FC Tucson, Greenville Triumph SC, a Madison-based team, Chattanooga Red Wolves SC, Toronto FC II, Orlando City B, the Richmond Kickers and Lansing Ignite FC have been revealed as teams set to compete in the inaugural 2019 season. The remaining teams will be announced in the coming weeks, as well as the league’s official competition structure.