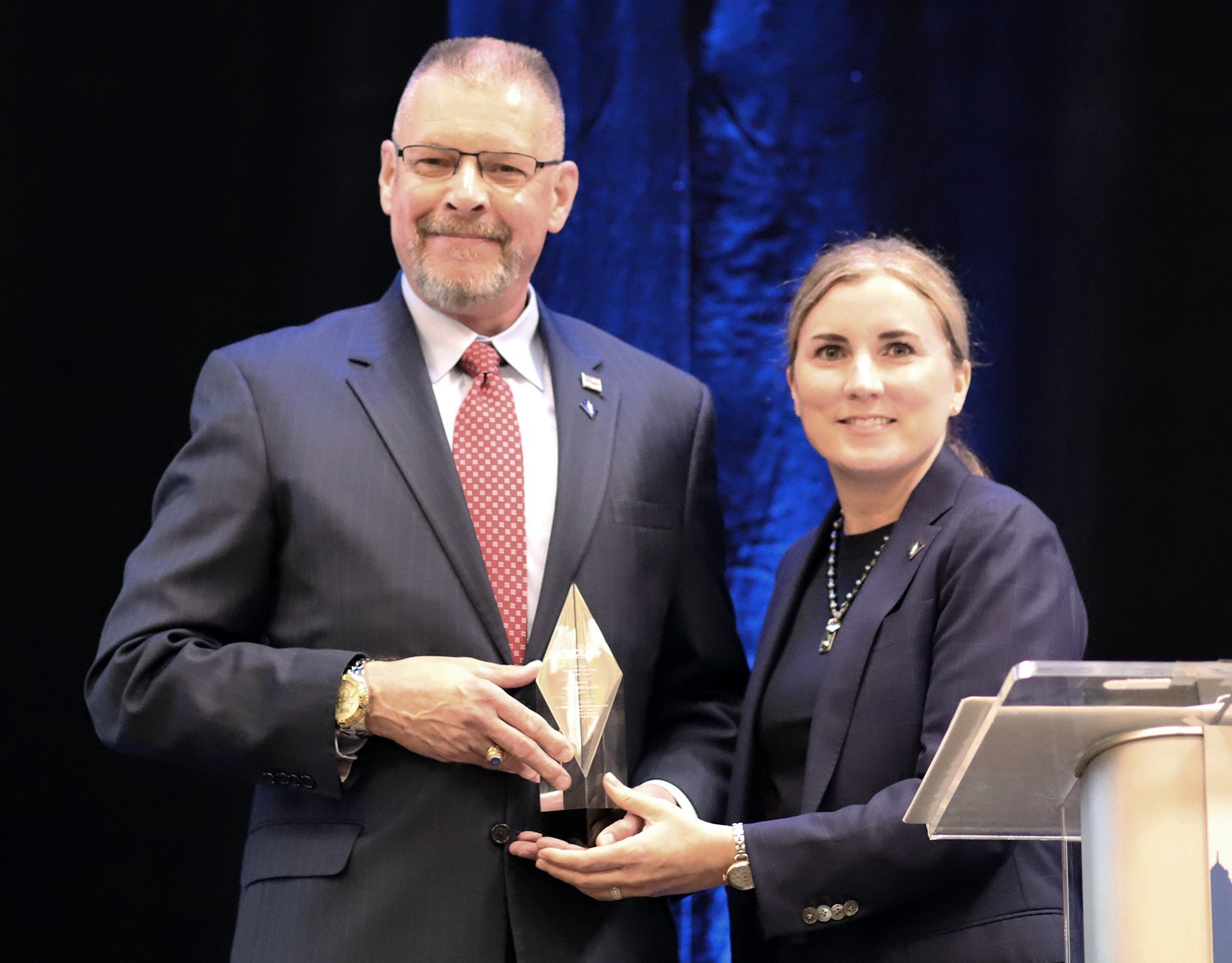 “When people spoke about credit union grassroots and political involvement in the capitol area, Mike was never far from the conversation,” said Patty Corkery, MCUL EVP/COO & general counsel. “Throughout his time at LAFCU, he remained an effective and steadfast credit union activist.”

At LAFCU, Loucks developed strong relationships with elected officials. He testified before state legislative committees, orchestrated political fundraisers, served as chair of MCUL’s Capital Area Chapter of Credit Unions, attended all MCUL advocacy events in Lansing and Washington D.C., and was a mentor in the grassroots advocacy space for members of the credit union industry.

Loucks worked for LAFCU for more than 26 years.

LAFCU CEO Pat Spyke said, “This honor reflects the depth and breadth of Mike’s credit union advocacy with lawmakers as they enacted financial policy that affected our members and community. Mike’s legacy will continue through the advocacy work of the team he helped build at LAFCU and the work of many other credit union professionals he has mentored.”

Loucks said, “Advocating for the betterment of credit union members has been extremely rewarding. LAFCU provided the direction and opportunity, and MCUL’s advocacy team is excellent in preparing professionals to enter these types of roles.

“When I began to reach out to our elected officials, Lon Bone was among the many at MCUL who were my mentors. It’s been an honor to follow their lead by mentoring the next generation of credit union leaders. It’s always been a pay-it-forward proposition.”

Loucks amassed nearly 36 years of experience in the credit union industry. He joined LAFCU in 1993 when it merged with Mid-Michigan Federal Credit Union, Charlotte. He was MFCU’s general manager.

Lon Bone was a tireless advocate for credit unions and a MCUL leader during his 42-year tenure in the credit union industry. He retired in 2017, and MCUL established the professional activist award in his honor. MCUL represents the state’s credit unions and works to build awareness of the locally owned, cooperative institutions and their mission of supporting members, communities and local businesses.

About LAFCU
Chartered in 1936, LAFCU is a not-for-profit financial cooperative open for membership to anyone who lives, works, worships or attends school in Michigan and to businesses and other entities located in Michigan. The credit union serves nearly 65,000 members and holds more than $715 million in assets. LAFCU offers a comprehensive range of financial products and services as well as an expanding complement of financial technology solutions. Members enjoy benefits such as low fees, low interest rates on loans, high yields on savings, discounts, knowledgeable employees and nationwide access to fee-free ATMs and ITMs. A recipient of the national Dora Maxwell Social Responsibility Community Service Award for credit unions, LAFCU enriches the communities it serves by supporting many organizations and causes. To learn more about LAFCU, call 800.748.0228 or visit www.lafcu.com.