How Does an Aging Workforce Affect the Economy?

Not retiring appears to be a bad thing in the eyes of younger workers.  An Associated Press-NORC Center for Public Affairs Research study of 1,423 adults conducted in February of this year found that workers under the age of 50 were significantly more likely to view America's aging workforce as a negative development.

Per the Bureau of Labor Statistics, approximately 20% of those older than 65 are still in the workforce or actively looking.  The figure was at 12% 20 years ago.  More are coming back since the big recession because of healthcare costs, financial insecurity, and a different mindset than in the past.

Further, the study shows that the population has different views on how this “staying on” has impacted the economy.  Men were slightly more likely than women to cite the aging workforce as a problem for U.S. workers (32% to 27%). 34% of more affluent respondents earning more than $100,000 annually said the same.  Slightly more than the 24% of those earning less than $30,000 thought it was a problem.  However, 6 in 10 Americans age 60 and over say the trend has actually been a good thing for the economy, compared with 3 in 10 Americans under 30 who think that.

But this myth may simply be justification for continued discriminatory thoughts against an older workforce population.  "The more those seniors continue to work, that means they're also spending. And that spending helps build a rich economy that gives you jobs and lots of opportunities," says Andrew Chamberlain, chief economist at employment hub Glassdoor.

Moreover, about a third of respondents under 50 believe the aging workforce has negative implications for their own careers.  Adam Ozimek, a senior economist at Moody's Analytics, says his prior research efforts have suggested a growing population of older workers can slow productivity and ultimately hamper wage growth for the rest of the labor market. For example, if a particular company where one person may hold on to a specific career works until his/her mid-70s or longer, perception becomes reality. Yet the employee holds a limited view.  "[Employees] feel like their opportunities are only within that firm," Chamberlain says. "I think it's just simple confusion. I think people are mixing up (opportunities) just inside one company versus the overall job market." 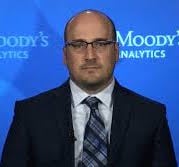 Ozimek says there's little evidence to suggest that the presence of older workers is "crowding younger workers out of promotions." The complaint of upward career movement speed bumps are from those Generation X workers (not millennials) moving into roles held by baby boomers, who are staying longer in the position. It is a different economic and social situation since the baby boomers had to contend with the workers of the Greatest Generation dealing with similar issues.

Given the misperception that age is a barrier to career growth, wage growth, and ultimately economic productivity has traction, does this view legitimize reasons for age discrimination and bias?  The NORC study found that 60% of adults age 60 and over say older workers in the U.S. are always or often discriminated against, while 43% of adults younger than 45 say the same.  And 75% of the women over 45 felt age was a problem in the job and job search while 65% of older men said the same.

Overall, HR has multiple issues to contend with in the workplace.  HR needs to protect the knowledge fund as workers retire.  They also must protect the rights of older workers in a youth movement environment.  HR must redefine culture and develop more robust career lattices for the workforce.  Finally, HR needs to educate hiring managers that older applicants bring much value and not assume they are too high priced.

Multigenerational issues are not going away in the near future.  With the first of the Z generation graduating college and expected to be the largest generation eventually in the workforce, these perceptions could magnify. HR has its work cut out for it.