Generational Investment of $4.5 Billion by FCA Solidifies Michigan as a Global Leader in Automotive Industry 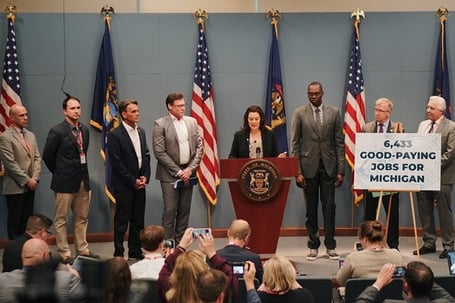 The Michigan Strategic Fund approved a package of incentives Tuesday in support of Fiat Chrysler Automobile's plans to build a new state-of-the-art assembly plant in Detroit and expand production at five existing Michigan facilities. The historic project will create 6,433 manufacturing jobs in Michigan and generate $4.5 billion in investment and represents the largest investment in a U.S. automotive assembly plant in the past decade.

This investment will also have a tremendous impact on the automotive supply chain in Michigan, including estimates from the Center for Automotive Research show automotive assembly plant jobs have a multiplier of 8:1 throughout the supply chain.

At a press conference celebrating the final approvals necessary for the deal to move forward, Governor Gretchen Whitmer applauded FCA’s investment in Michigan and its workforce.

“This is a historic day for Michigan after we secured the largest automotive assembly plant deal in the country in the last decade – with 6,433 new jobs and $4.5 billion in private investment from FCA,” Gov. Whitmer said. “FCA’s investment in five existing plants, as well as plans to build an all-new assembly plant here in Michigan, sends an irrefutable signal that Michigan remains the automotive capital of the world. Yesterday’s announcement highlights the strong bet FCA is making on Michigan’s talent, our manufacturing prowess and our leadership in new automotive technology, including electric and autonomous vehicles.”

FCA plans to convert its Mack Avenue Engine Complex into the future assembly site for the next-generation Jeep® Grand Cherokee and an all-new three-row full-size Jeep SUV, along with plug-in hybrid (PHEV) models. The new facility will be the first new assembly plant to be built within Detroit’s city limits in nearly three decades and will generate a total investment of $1.6 billion and create 3,850 jobs in the city. This state-of-the-art facility will also be the nation's largest auto assembly plant investment — and the second largest overall auto investment — in the last decade. 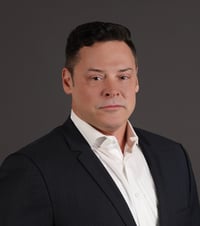 “Thanks to the strong support of Governor Whitmer, the Michigan Economic Development Corporation and city of Detroit, I am pleased to confirm that plans to invest in our Jefferson North Assembly Plant and build a new state-of-the-art assembly plant in Detroit have been given the green light,” said Mark Stewart, COO of FCA North America. “At FCA, we are continuing to build a secure future, not only for our company but also for the communities in which we operate. This investment enables us to deliver on this promise in the state and city we call home.”