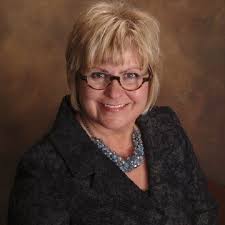 Jeffrey Mosher catches up with Becky Puckett-Wood, VP of Corporate and Member Engagement, inforum out of Grand Rapids, MI. She talks about this years Inforum Capstone Dinner and some details about the guest speaker Sarah Thomas.

Click below to listen to Becky and Jeffrey discuss November's upcoming dinner in this interview.

Sarah Thomas broke barriers on the football field, she is taking her confidence off the field and onto the stage to share her experiences on overcoming adversity while chasing her passion. She will also provide insights on maintaining work-life balance and decision-making in male-dominated industries.

In further details,... Sarah Thomas, who previously made history as the first woman to officiate a college football bowl game, will share her story with hundreds of attendees at Inforum West Michigan’s Capstone dinner on Tuesday, November 5, 2019, from 5:30 p.m. to 7:30 p.m. at the JW Marriott Grand Rapids, 235 Louis St NW. Thomas will share lessons learned on her journey to become the first female NFL official.

Thomas, who officiated her first NFL game on September 13, 2015, between the Kansas City Chiefs and Houston Texans, changed the male-dominated sport. This was not the first time Thomas broke gender barriers in the sport: she was also the first female official to work a major college football game, officiate a bowl game, and officiate in a Big Ten stadium. Thomas’ accomplishments are now sealed in sports history in the NFL Hall of Fame where her hat, whistle, and flag are on display.

Thomas has been quoted by CBS News saying, “I’ve always said that if you do something because you love it and not try to prove somebody wrong or get recognition for it, the recognition probably just is going to happen.”

“Having the opportunity to have Sarah Thomas speak at our Capstone dinner is such a tremendous honor,” said Terry Barclay, Inforum president and CEO. “Her journey to become the first female NFL official in a male-dominated field puts a spotlight on the need for more women in underrepresented positions while expanding the national dialogue around gender equality.”

While Thomas broke barriers on the football field, she took her confidence off the field and onto the stage to share her experiences on overcoming adversity while chasing her passion. She also provides insight on maintaining work-life balance and decision-making in male-dominated industries.

The Capstone dinner serves as an annual celebration, and Inforum West Michigan is proud to present Sarah Thomas’ keynote as culmination of another year of programming that has helped women to find their inner drive, work hard, prepare, and shift mindsets to break barriers. 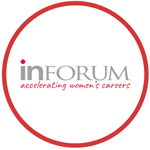 About Inforum:
Inforum, with offices in Grand Rapids and Detroit, was founded in 1962 as the Women’s Economic Club. It works to change the landscape of women’s leadership in Michigan by serving as a catalyst that removes barriers and increases opportunities for women. Through engaging programming, leadership development and networking opportunities, Inforum creates a platform that helps women learn, lead, and make a difference in the community