FLINT, Mich. (August 19, 2019) – Baker College, Michigan’s largest, private not-for-profit college and the top private transfer school in the state, has been designated as a National Center of Academic Excellence in Cyber Defense Education (CAE-CDE) by the U.S. National Security Agency (NSA) and the U.S. Department of Homeland Security.

According to the NSA’s National Centers of Academic Excellence, the CAE-CDE designation, which Baker retains through academic year 2024, indicates the College’s, “ability to meet the increasing demands of program criteria, which will serve the nation well in contributing to the protection of the National Information Infrastructure.”  Baker’s programs align with a National Cyber Strategy, “designed to address the critical shortage of professionals with cybersecurity skills and highlight the importance of higher education as a solution to defending America’s cyberspace.”

The CAE-CDE designation will officially be awarded to Baker College at a recognition event during the National Initiative for Cybersecurity Education (NICE) Conference and Expo in Phoenix, Ariz. in November.  Baker College also will be included on the National Initiative for Cybersecurity Careers and Studies website and the NSA website for excellence in cyber defense education. 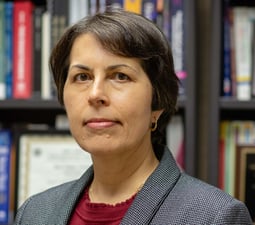 “We’re proud to have earned this prestigious designation, and grateful to all of the talented and hard-working instructors, administrators and students who have helped to make this certification possible,” said Dr. Anca Sala, dean of the College of Engineering and Information Technology at Baker College.  “Cybersecurity is a growing and critical field, and we’re privileged to play a role in preparing professionals for these important, evolving careers.”

About Baker College
Founded in 1911, Baker College is Michigan’s largest, private not-for-profit college and the top private transfer school in the state.  Baker College has multiple on-ground campus locations and two affiliate sites across the state, as well as an online global campus offering more than 100 academic program options for both undergraduate and graduate degrees.  Learn more at www.baker.edu.